How to Play Piano Part Two - Learning to Read Music

If you haven't done so already, read my piano tutorial How To Play Piano - Part 1 first as this will explain a few basics that you need to know about finding your way round the keyboard.
A stave or staff is a set of five lines and four spaces, and each line or space represents a particular white key on the piano. 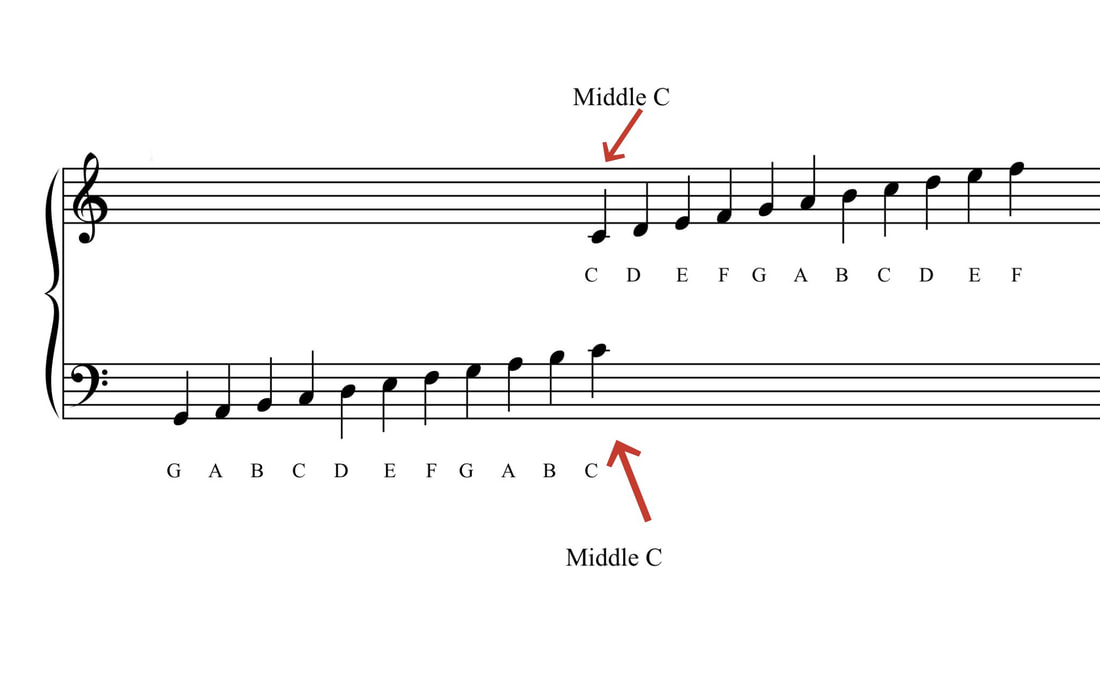 To sum up everything about the stave so far: 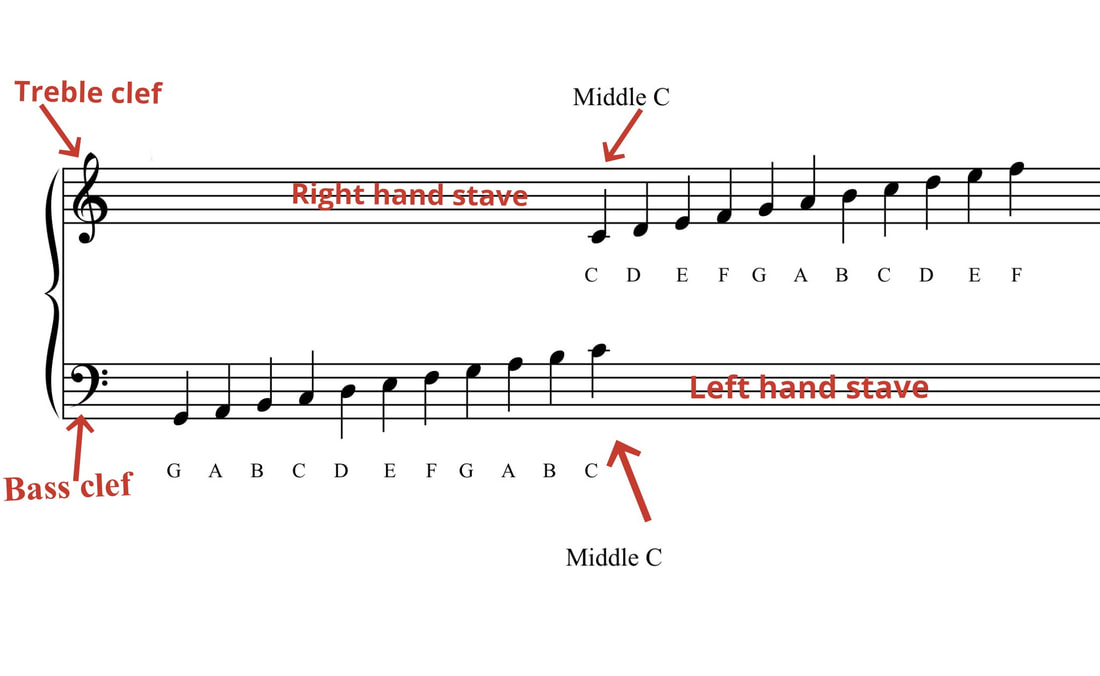 Middle C has an extra little line going through it - this is a ledger line and is actually just a shortened version of the stave lines, and serves the same purpose. We have ledger lines instead of an unlimited number of stave lines because it would just be too hard to see exactly which line or space a note is on if there were more than five stave lines.
Notice how there are two appearances of middle C. The top middle C shows how it looks when it is meant to be played by the right hand - it is written closer to the right hand stave. The bottom middle C is for the left hand - it is written closer to the left hand stave. These are both representations of exactly the same note on the piano, just played with different hands.
This is where middle C is on the piano:

​Here is a picture showing the white keys and their letter names corresponding with the notes on the grand staff: 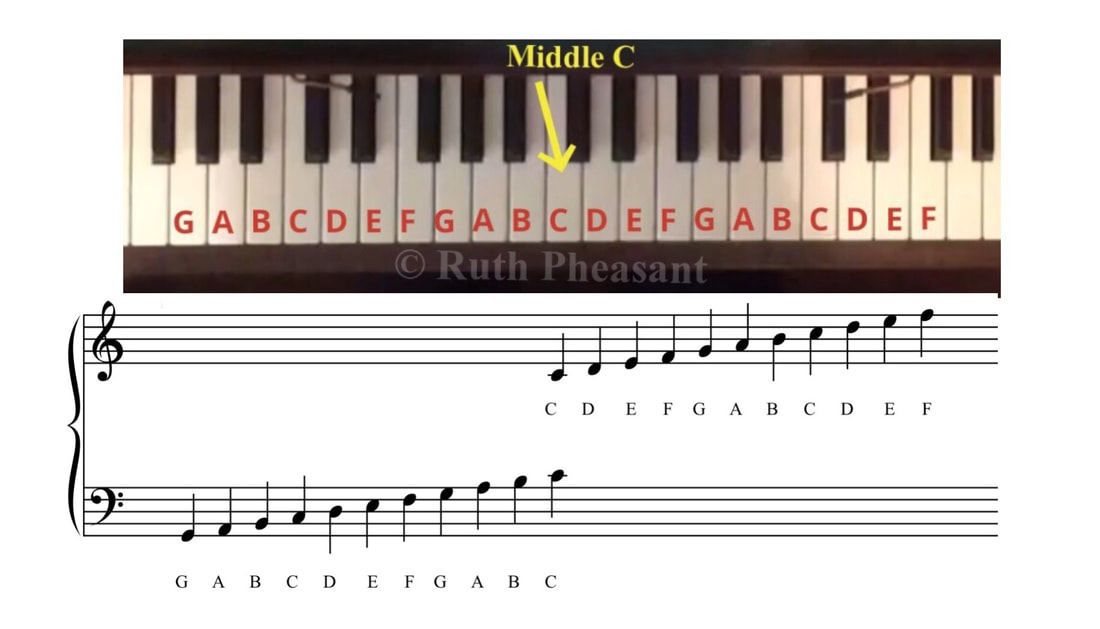 ​So, for example - this means that if you see a piece of music and there is a note on the middle line of the left hand stave in bass clef: 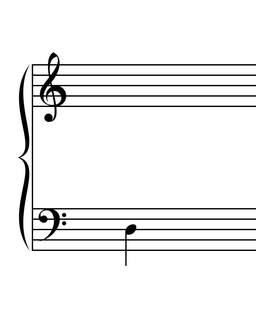 This means you are supposed to play the D below middle C with your left hand.
Now that you have learned some basics about music notation, you can learn about  rhythm and time values.
Learn more about reading music.