In a chromatic scale every note is a semitone apart, unlike other scales such as majors and minors where there is a mixture of whole tones and semitones. A semitone is the smallest step you can go from one note to the next. On the piano, a semitone is the distance between two immediately adjacent keys. When playing a chromatic scale on the piano, you will play every black and white key in between the starting and finishing notes.

Chromatic scales are an important contribution to your development of technique. They help develop control, dexterity and agility of the fingers. 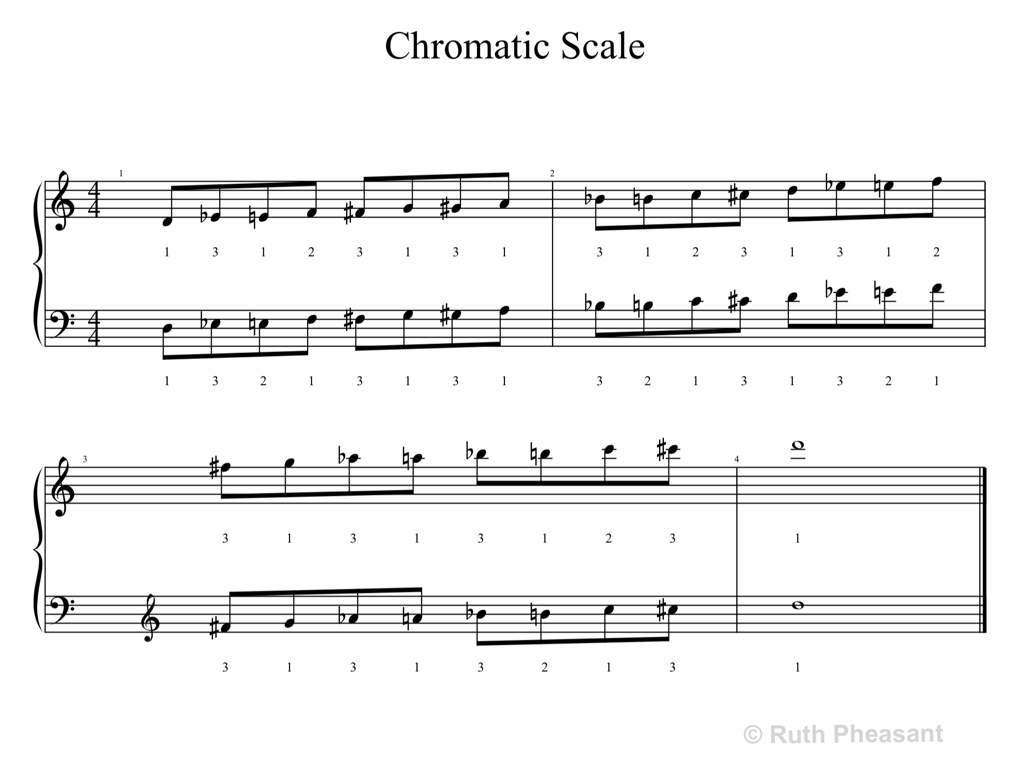 I have demonstrated two octaves hands together, starting and finishing on D, but you can start a chromatic scale on any note. In the demonstration above, both hands travel in the same direction playing the same notes an octave apart in unison. This is known as similar motion in a scale. A chromatic scale (or any scale) can also be played in contrary motion - this is where both hands start on the same key or very close to the same key and travel outwards away from each other, then back in towards each other. This is very good for developing spacial awareness of the keyboard. This is because it is much harder to closely watch both hands at the same time when they are moving away from each other. Consequently you will find yourself developing your sense of the keyboard by touch and distance more, rather than just relying on a visual awareness of where the keys are. When practising a contrary motion chromatic scale, you can use the same fingering system I have described and demonstrated above, i.e. always 3 on the black keys and always 1 on the white keys except when you get to two adjacent white keys.
More piano tutorials
More scales