In the same way, we can build a chord upon the 5th degree of the scale of C major, and we end up with G, B and D. We call this chord the dominant triad in the key of C, or give it the Roman numeral: V.


Below are pictures showing all the chords in each major key, with their Roman numerals and names. 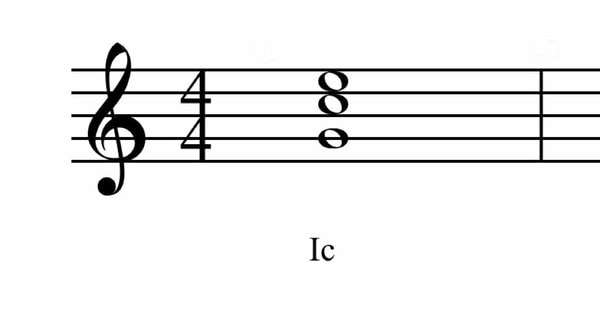 C major tonic triad in second inversion - Ic
You can do the same with any of the chords listed above, i.e. change which note is in the bass, resulting in a different inversion. E.g. have a look at the chords in G major. The chord on the fifth degree of the scale (the dominant, or chord V) is D, F sharp and A. When the D is in the bass, the chord is in root position. If we were to rearrange these notes and put F sharp in the bass (so we end up with F sharp, A, D) the chord would be in first inversion. It would be the dominant chord of G major in first inversion. See the picture below: 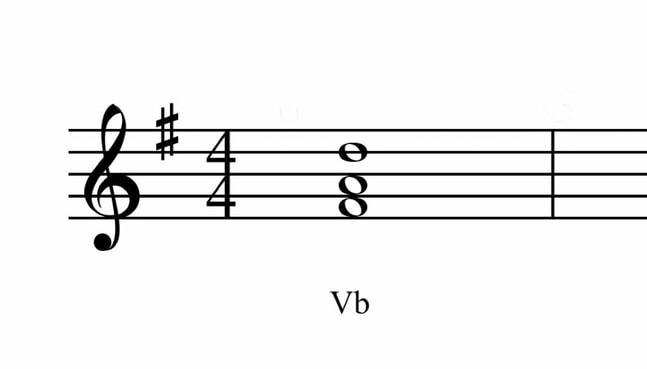 The dominant chord or chord V in G major, in first inversion - Vb
More articles and tutorials
Four part harmony tips
Flash cards are an effective way to learn and remember chords and other music theory concepts. Try my free flash cards for learning the primary chords (I, IV, V) in every major key: 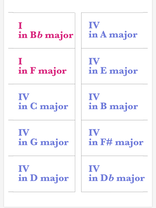