D minor is the relative minor of F major. This means that it shares the same key signature, in this case - B flat. In any harmonic minor scale, the seventh degree of the scale is raised by a semitone. In this case D is the first degree of the scale, E is the second, F is the third and so on. This means that the seventh degree of the scale in D minor is C. When it is raised by a semitone it becomes C sharp. This means you end up playing two black keys in a D harmonic minor scale - B flat (because of the key signature) and C sharp (because of the raised 7th). See the sheet music below and the demonstration video: 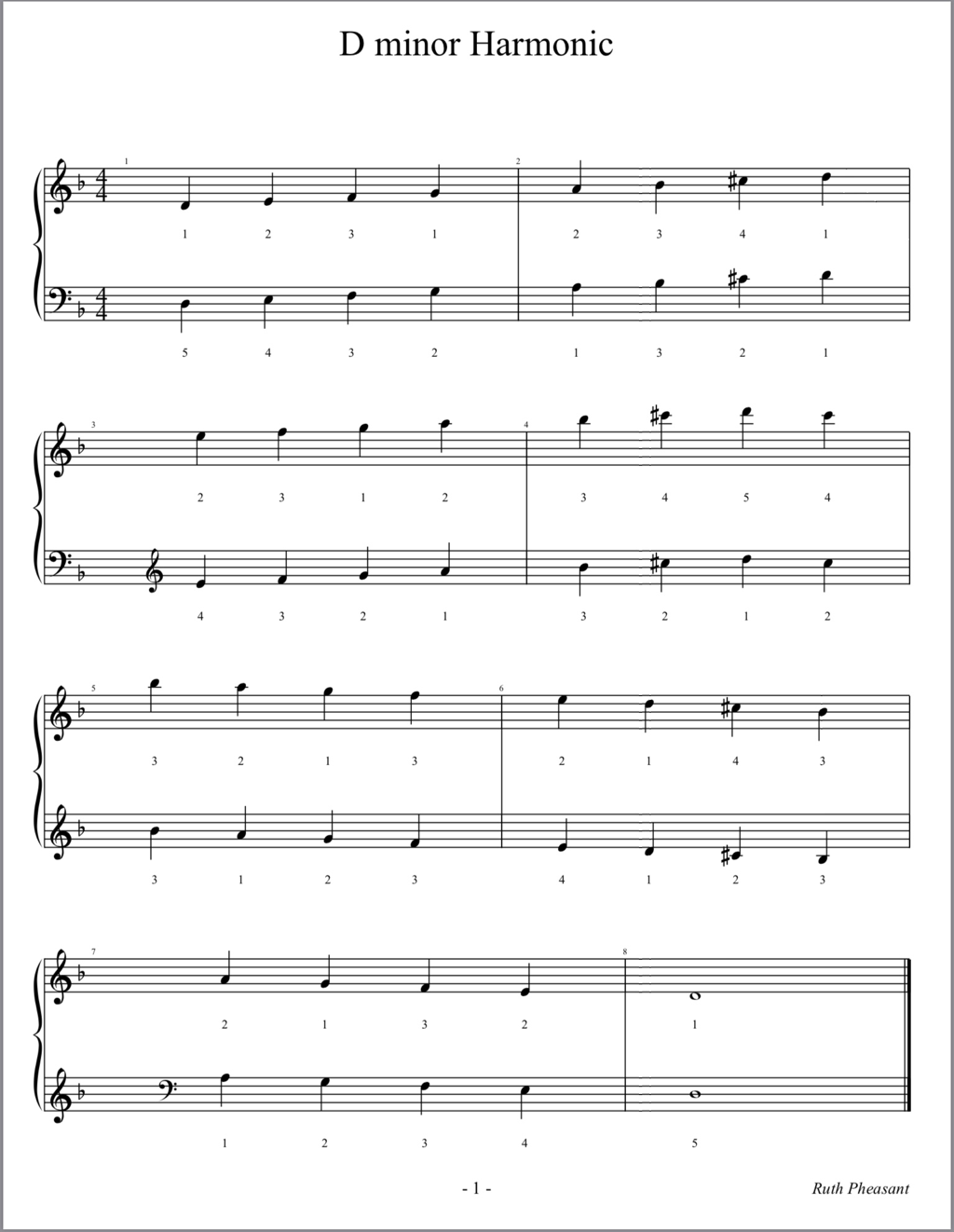 On the descending part of the scale you no longer play the raised 6th and 7th degrees of the scale. Instead you just follow the key signature, i.e. play B flat but no C sharp.

See the sheet music and demonstration video below: 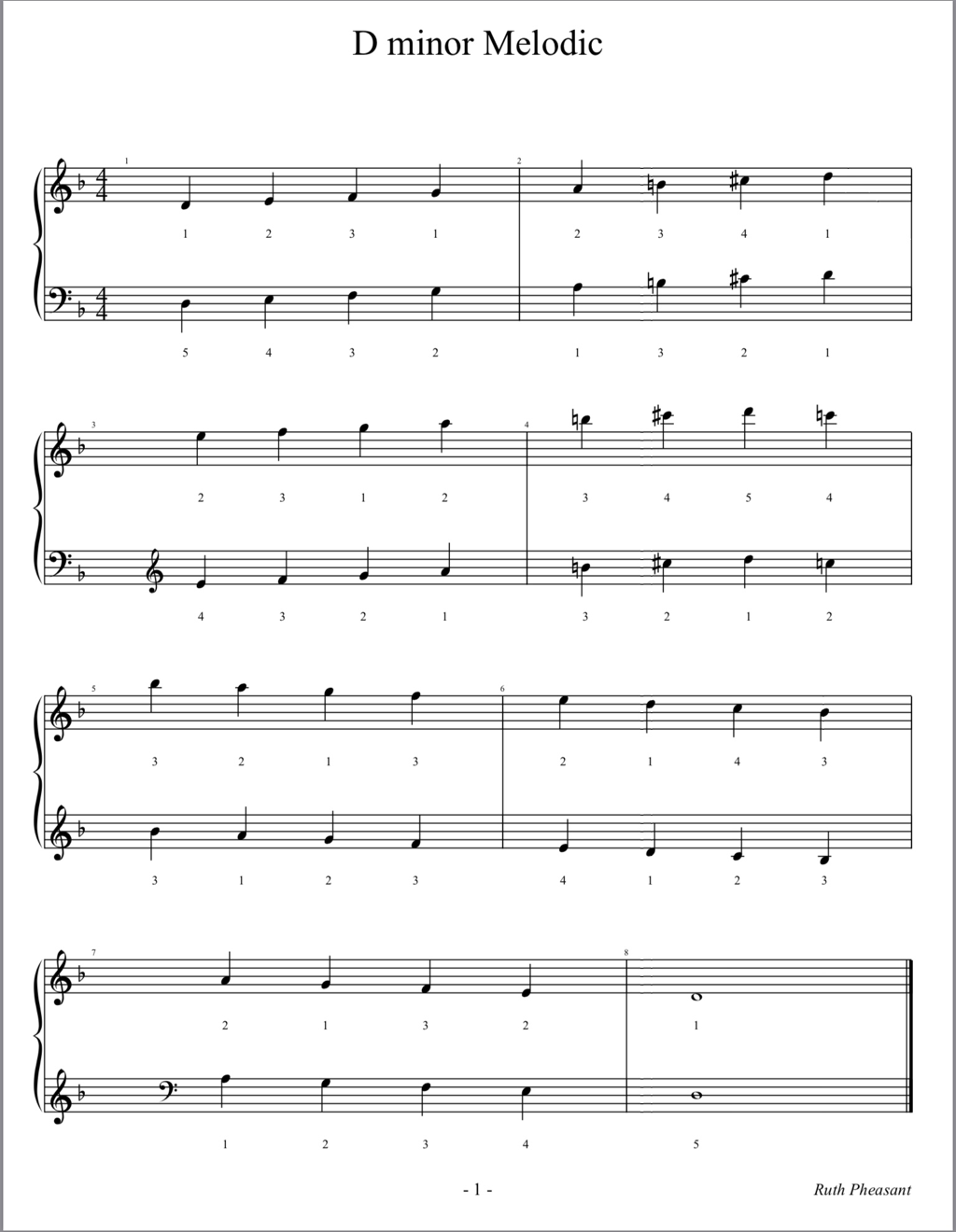